A teaser! Snippet for SFFS from book four, still in progress…

This week’s snippet is from book four of the Clan Elves of the Bitterroot series, which I’m writing as we speak. 🙂 It’s titled THE ELF GUARDIAN and is due out early next year. 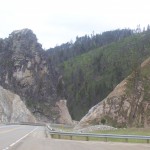 The quandary in the beginning of the story is that a defrocked  but flashy paranormal investigator named Chiara DeLuna comes to the forest to investigate the Montana Vortex, hoping to make her name again. She arrives just as the elves are about to conduct their solstice ritual–collision course ahead! But first she finds Lane Donatelli, who’s written a “novel” about his friend Jelani and the elves, considering him an expert. When she goes to pick his brain, he realizes she’s much too close to discovering the truth.

“You’re effing delusional, that’s what’s wrong with you.” Lane leaned as close to the table as he could get, his generous paunch in the way. “You see things that aren’t there. That’s why that amusement park haunting was a bust. Why you couldn’t find a speck of alien dust in that mountain community nearAsheville. And have you already forgotten that ghostly schoolgirl roaming the halls of that tornado-destroyed town? Oh, wait. We never saw her on your show. Because she didn’t exist.”

Each example he gave ripped some support out of that smarmy grin, and her eyes grew wider, and when he’d finished, the pen slipped from her fingers. She looked like a different person. Maybe even someone real.

Find out more about THE ELF QUEEN, THE ELF CHILD and THE ELF MAGE at the tab above, or at http://clanelvesofthebitterroot.com –buy links at Dragonfly Publishing, Inc.

Comments Off on A teaser! Snippet for SFFS from book four, still in progress…

This is a snippet from THE ELF CHILD, where the elf Astan struggles with his family obligations as well as his new relationship with the elf queen, Jelani. He’s at odds with his father, abandoned by his mother, and he’s got issues, like we all have. 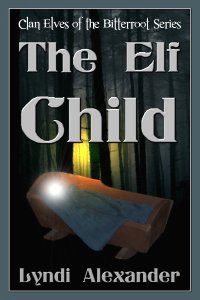 Alone now on the mountain top, Astan felt the cold wind sting his eyes. Was his mother out there somewhere? He’d heard stories of her at the knees of the wise females of the Circle, a neris said to be of strong magic and dark promise. If they found her, would it change their lives? Would Daven find a new reason to live?

Might he leave Jelani to Astan to teach, then, as any nian would his partner?

His eyes scouted the horizon in all directions, slowly, as he wondered what eyes he would need to see far enough to find Veraena. Then he started back down the mountain, hoping Jelani’s sadness had passed.

Find out more about THE ELF CHILD at the tab above, or at http://clanelvesofthebitterroot.com –buy links at Dragonfly Publishing, Inc.

Just found a review for The Elf Queen…good stuff!

This is a review by Kenra Daniels at Grave Tells, from last fall; for the entire no-spoiler review see here:

I was immediately drawn into the world Ms. Alexander weaves with brilliant description and multi-dimensional characters. If you’ve ever wondered how Elves deal with disputes over the throne, Elf Queen shows a strong likelihood, including mixed loyalties, subterfuge and politics.

As a Heroine, Jelani Marsh is multi-faceted, dealing with life’s challenges as so many of us do, by keeping her head down and taking the easiest path. Until circumstances force her to question everything about herself, and to come to terms with everything she’s been avoiding. Even as she faces a new way of life, with new problems, she still feels real, human, still the same person, just stronger, growing.

Asten Hawk and Daven Talvi make perfect Heroes, each with his own faults and weaknesses, and strengths. When it comes down to it, they are both prepared to make the ultimate sacrifice to save Jelani so she can take her rightful place among their people. Even though they compete for Jelani’s affections, their differences don’t stop them from working together for her best interest. Ms. Alexander manages to keep the secret of who Jelani ultimately chooses until the end, a difficult balance to maintain.

Although Elf Queen is a Fantasy with Romantic elements rather than a Paranormal Romance, I believe it will appeal to readers who prefer less sexual tension in books, and it is entirely appropriate for Young Adult readers.

Comments Off on Just found a review for The Elf Queen…good stuff!

SFFS snippet– Some people just don’t play well with others…

Today we have another snippet from five-star review book TRIAD. We’ve seen that the Khimeyr aren’t too happy about working with the “uppity” Solarii…. Apparently the feeling’s mutual, if Monty Winston’s any example.

“Bloody hell. Make nice with the Khimeyr? What she thinks I am, blasted Welcome Buggie?” His black leather coat, knee-length, whooshed as his strong legs carried him down the hall. The place was already cluttered with old sacks, hunks of metal and other Khimeyr trash. He even imagined the wing smelled bad. He didn’t like it.

“Don’t you hush me!” Winston took pity on his young companion, her legs too short to match his strides, and slowed down. She cleaned up pretty, dressed in plain clothes for the occasion, her dark blonde hair loose about her shoulders; looked like a Welcome Wendy, all right. But nothing she was wearing would stop a bloody Khimeyr bullet, if they felt unfriendly. And he’d never known anyone that came from Miramar to be anything but unfriendly.

To find out more about TRIAD, click the tab above! Or just buy it here.