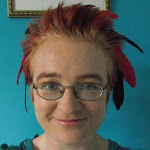 Today I’m so excited to have my writing friend from across the pond come visit–  Pippa Jay has been a colleague since my early days at Science Fiction Fantasy Saturday, and we’re also in the Science Fiction Romance Brigade.  She’s a mom and a rock and roll fan and a great writer–I’m just thrilled to have her here! I hope you all welcome her as much as I do.

Today she’s here with a character interview of her main character in her book GETHYON. Take it away, Pippa!

It’s been eight months since I left my young hero Gethyon on the planet Loganum, with his baby niece in tow and him hoping to see more of Marisol, the girl he met there. I thought I’d check up on him and see how things were going. When I finally track him down he’s trekking around a junk yard on the outskirts of Spire City, apparently on the hunt for a spaceship. Half buried in the cylindrical hull of an escape pod, it’s not until he pulls himself out swearing with his hands covered in green sludge that I see he’s let his red hair get long again. Other than that, he hasn’t changed at all as far as I can see.
Me: Hey, Gethyon.
His expression isn’t exactly welcoming once he catches sight of me, but I can’t blame him for that. I gave him a pretty hard ride, especially over the last few weeks we were in company. Oh, and I lost him his beloved Spirit Drifter, the spacecraft of his dreams and part of the reason he’s wiping slime off his hands in a junk yard. Maybe this wasn’t such a good time to visit…
Gethyon: Did you want something?
Me: I thought I’d see how you were settling down on your new home-world and how things were working out.
Gethyon: Everything’s fine.
I sense an unspoken ‘no thanks to you’ tacked onto the end of his words, but either he’s got better at diplomacy or he’s worried saying the wrong thing might spark off a new batch of trouble. Can’t blame him for that.
Me: So you’re all settled into a place? How’s Kauri?
Gethyon: Yeah, we’re settled. Got a nice apartment on the west side of the city, near the park. I take Kauri to play there every day after work.
Me: She must be getting big now. What is she, about eighteen months? Must be a handful.
This time I get a rueful smile.
Gethyon: More than a handful. She’s a full time job all by herself.
Me: So you’re working now? Doing what?
Gethyon: Installing and repairing crystophilic systems. I can pick and choose my hours, so that works out best for Kauri. I can spend a bit of time with her and Marisol.
Me: I’m glad to hear it. So you see a lot of Marisol these days?
Maybe I’m imagining it, but I’d swear he blushed then, just before he ducked his head so I couldn’t see his face.
Gethyon: (mumbles) Quite a bit.
Aww, bless! I guess he hasn’t got around to asking her to move in with him yet. Or maybe her parents didn’t like that idea even though they’re both majority age. Not when Gethyon turned up with a baby.
Me: So you’re happy here on Loganum? Not finding it too quiet?
I get a chuckle at that. 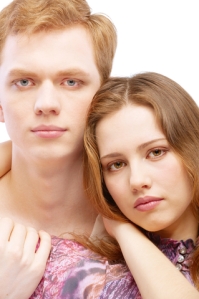 Gethyon: I prefer it quiet, thank you, although it’s a bit more lively than being stuck on Lyagnius with mother. Loganum is working out just fine.
Me: You’ve not had any trouble? No sign of that Jinx coming back?
Gethyon: (shuddering) No, no sign of her. Haven’t sensed or seen her around. I’m hoping my run in with the Siah-dhu means I’ve scared her off. For now at least.
Me: And I bet that’s a relief, especially with little Kauri to look after.
Gethyon: Very much so. (He hesitates) You really tried to make life difficult for me. For all of us.
I shrug. Me: That’s kind of my job.
He gives me a frown. Gethyon: If you say so…
Me: Well, I’m really pleased things are working out for you now. I’ll leave you to it. Great to see you again, Gethyon.
I turn to leave but…
Gethyon: Wait!
Me: What?
Gethyon: I mean, is that it? You turn up out of nowhere, ask me how things are going and just leave again?
Me: Yup.
He looks suspicious.
Gethyon: Seriously?
Me: Seriously. I mean, you surely don’t want me to stick around, do you?
I grin. After all, last time I was near him, he ended up travelling halfway across the universe and through twenty years in time. Twice!
Gethyon: I guess not. No offence, but I’ll be happier if I don’t see you again.
Me: None taken. And yes. You probably would.
Shame really. Because I’m pretty sure he will be seeing me again…

BIO:
A stay-at-home mum of three who spent twelve years working as an Analytical Chemist in a Metals and Minerals laboratory, Pippa Jay bases her stories on a lifetime addiction to science-fiction books and films. Somewhere along the line a touch of romance crept into her work and refused to leave. In between torturing her plethora of characters, she spends the odd free moments trying to learn guitar, indulging in freestyle street dance and drinking high-caffeine coffee. Although happily settled in historical Colchester in the UK with her husband of 20 years, she continues to roam the rest of the Universe in her head. 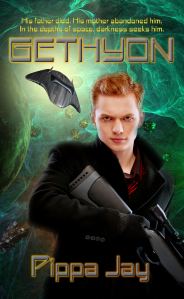 His father died. His mother abandoned him. In the depths of space, darkness seeks him.

Abandoned by his mother after his father’s death, Gethyon Rees feels at odds with his world and longs to travel the stars. But discovering he has the power to do so leaves him scarred for life. Worse, it alerts the Siah-dhu—a dark entity that seeks his kind for their special abilities—to his existence, and sets a bounty hunter on his trail.

When those same alien powers lead Gethyon to commit a terrible act, they also aid his escape. Marooned on the sea-world of Ulto Marinos, Gethyon and his twin sister must work off their debt to the Seagrafter captain who rescued them while Gethyon puzzles over their transportation. How has he done this? And what more is he capable of?

Before he can learn any answers, the Wardens arrive to arrest him for his crime. Can his powers save him now? And where will he end up next?

Could this be the new Hunger Games?

How does the world end? Let me count the ways…  in Fire? Ice? Wind? Water? So many possibilities.

But if the world doesn’t end immediately, what will really count is how we survive.
An old Chinese proverb says: When the wind of change blows some build walls others build windmills.

That’s the opening step of WINDMILLS, a story of survival after the United States is attacked with a bioweapon that genetically sorts out and kills Caucasians.

A year after the first bioagents have been released, 16-year-old Tzu Lin Kwan receives a summons from her father who’s defected to America–bring him Chinese herbs that might stop the mutations and save the remaining population of the world.

Surely he knows this will not be easy. No airplanes. No electricity in a good part of the world, without enough people to keep machinery running even to generate it. The Asians, the blacks, the Hispanics and other ethnic groups begin to find themselves in the majority for the first time. Many changes are on the horizon, if the virus can be stopped.

So, accompanied by her martial arts sensei, she sets out on a hellish boat trip across an uncivilized Pacific Ocean, unaware that their inquiries have alerted the Chinese MSS, their secret service, and an assassin has been set on their trail. Will they even survive to complete their mission?

EXCERPT:  (as Kwan and sensei Zhong get ready to leave Hong Kong)

Li Zhong surveyed the docks out of habit, checking for possible threat. He’d worried that his inquiries had triggered some alarm on behalf of his former masters, even though no one had approached him openly. Then, he chided himself for being too paranoid. Even in a crowd this size, no one seemed to be particularly interested in them. Why should they be? An old man and a boy taking the ferry across the harbor. Hardly remarkable. Which is just how I want it.

They boarded the ferry without difficulty, Kwan rushing onto the upper level that provided a better view, taking a seat close to the rail, her pack next to her feet. He hurried to keep up with her puppy-like enthusiasm. The wind blew warm across the water, ripe with the smell of salt air. It felt good to be going somewhere for a purpose.

He wiped his brow on his sleeve and counted the beats of his racing heart, willing it to slow down. You’re getting to be an old man, my friend. His lips clamped together, he stared at the steel-and-glass buildings of the city as the ferry crossed the harbor, using that concentration to calm himself. Kwan needed him.

He had let that thought drive him though the last two months as the details of this grand mission came together. Determined to make this voyage, she would have gone by herself if he had not accompanied her. The idealism of the young—How long had it been since he’d believed that right would succeed in this life, just because it should? Reality was often quite different. What was moral, or right, often surrendered to a less-noble imperative. Sometimes, it was a financial cause, but more often a political agenda. Like the intent of those misguided souls who’d launched the SH.

While anti-American proponents around the world celebrated the initial attack, the terrorists had not only killed their chosen target but themselves and a major percentage of the non-white population of the world. Sloppy work. That’s what happened when you let amateurs run the show.

Another reason why his presence here was necessary. He could only pray that his aging heart would allow him to continue until the journey’s end. The doctors, both Western and Eastern, had warned him of his limited life expectancy. An old stab wound had never quite healed, the legacy of an assassination attempt years before. But Kwan didn’t know this. And he wouldn’t tell her. 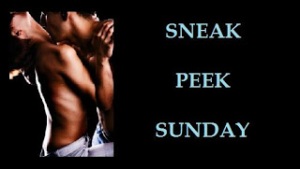 Word has it at my publishing house that this trilogy could be the new Hunger Games… strong girls, damaged heroes, determined villains, a cast of interesting and diverse characters with plenty of action and still plenty of heart. It’s a great read for young men and women both. Pick up your copy on June 15!

Comments Off on Could this be the new Hunger Games?