Can reality rival fiction? Read some post-apocalyptic novels for hope 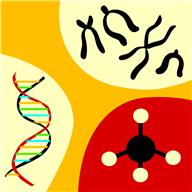 “Hope?” you say? From all these stories of civilization torn down, people in chaos, life destroyed?

It may seem contrary, when real life is at a frightening point. But one common thread in much of this fiction is the inherent goodness of man. For every toilet-paper hoarding idiot, there is a Stu Redman fromThe Stand.  For every self-serving politician, there is a Daryl Dixon from The Walking Dead. Even in Cormac McCarthy’s The Road, which is about the most bleak, horrifying, hopeless story ever, in the end there is a moment of humanity.

I believe we’re starting to see it now, in the communities around the world. People are beginning to reach out to others, while observing the new rules and realities of Covid-19 times.  Italians confined to their homes sing to each other to boost morale. Local restaurants in my city  make sure kids have lunch while schools are closed, and surely they can least afford it, since restaurant attendance is down.  People shop for their at-risk elderly neighbors who should not be out.  Granted, we are early in the process, and things may become more desperate as it lingers on. But humans are best at doing human.

My own post-apocalyptic YA series THE COLOR OF FEAR is founded on that issue of hope, and the conviction that those who stick to the path of right will triumph in the end over those who espouse hate and fear.

Tzu Lin Kwan, Xi San, Valery Paz, Eddie Garrick, Marie, Arik and all the others who try their best for their fellow humans are inspirational, and some of the favorite characters I’ve created. Not only do they fight the results of a terrorist plague, but they also oppose the white supremacist cult leader Gabriel and his Angels, who take advantage of the decimated population and the fears of the remaining white men and women to try to overthrow what remains of a poorly-organized government. The first book, WINDMILLS, takes the reader from Hong Kong to San Francisco; the second, DESTINATIONS, tells what happens as the ethnic survivors band together in the face of Gabriel’s threat, and the yet-to-be-released ADVERSARIES will reveal what happens when the inevitable clash of the two occurs. Find out more at the COLOR OF FEAR tab above.

In the meantime, there are many other books that can remind you about the good that may come from tumultuous, post-apocalyptic times:

If you prefer movies, check these out: https://www.cnn.com/2020/01/30/entertainment/contagion-and-pandemics-in-movies/index.html

Comments Off on Can reality rival fiction? Read some post-apocalyptic novels for hope

Sometimes we imagine that Adventure is what happens to other people. You know, those people with an unlimited supply of money who hire sherpa guides to take them crawling up the side of Mount Everest, or who buy themselves a seat on a supersonic transport or a submarine that tours coral reefs.

I write about pretty average people who find adventure in pretty mundane settings. THE ELF QUEEN’s Jelani Marsh, who is an average workaday girl, till she discovers some pretty deep secrets in her family’s past. THE ELF CHILD’s Ron “Crispy” Mendell, who begins to overcome his long-seated agoraphobia when he finds a wounded eagle and nurses it back to health. THE ELF MAGE’s Lane Donatelli, a child abuse survivor and World of Warcraft addict, who finds a whole new world right under his nose. TRIAD’s Trezanna Len, administrator of a small colony in space who’d like nothing better than to push her pencil every day and blend in to the bureaucracy–until the space pirates show up. Or in fall 2012’s LOVE ME, TOUCH ME, KILL ME, where a young divorcee is simply trying to start a new life for herself when her job as a newspaper reporter leads her to investigate a string of deaths that soon may include her own.

Adventure–as is also true about life–is what you make it. Ask any two-year-old walking with her parent to the local playground. While mom or dad might be thinking about work, or balancing the checkbook, or making appointments on the phone, that toddler sees butterflies, streets full of rushing vehicles, dogs, cats, green grass, flowers blowing in the wind, something new with each step.

We could do the same, if we just put our mind to it.  Or is it a matter of taking our “mind” out of the equation, allowing ourselves to experience the awe and wonder of even common things, opening the door to adventures in even ordinary situations?

All you need to come along with them is a comfortable chair and your imagination. Here’s your invitation. What are you waiting for?