Is truth just another version of fiction? Or vice versa?

My reptile shapeshifter romance book A SMALL DEGREE OF HOPE is featured at author Cara Bristol’s blog this week. Check out the story of how it came to be written, through a real life romance!

Even the smallest degree of hope can spark love.

Against her wealthy father’s demands, and the usual blockades of a male dominated profession, Kylie Sanderson proves worthy of her position as lead investigator of planet Andan’s Scientific and Investigative Research Taskforce. Someone is killing Andan’s women in an attempt to mutate them into reptiles. Kylie makes it her mission to discover who’s behind the murders and prevent more grotesque deaths.

Shapeshifting lizard Griff comes to Andan to stop his brethren from mutating other planets’ women into mindless breeding stock. Overcoming Kylie’s suspicious and defensive nature proves difficult, but he must in order to help the SIRT team thwart his planet’s 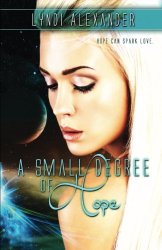 When Kylie is abducted and becomes the first human to survive the transformation, it’s up to Griff to rescue her so SIRT can restore her human form. On the run and desperate to unravel the mysteries of Kylie’s past to solve the crimes of their present, can she and Griff forge a future for themselves?

Comments Off on Is truth just another version of fiction? Or vice versa?

Today I’m featured at Liza O’Connor’s blog with a science fiction romance novel with an alien shapeshifter and a family mystery. This unique story is available both in ebook and paperback from Kensington.

Comments Off on Shapeshifter love! 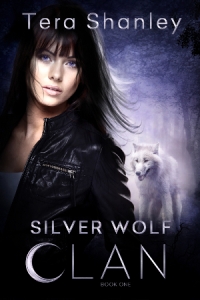 What happens when monsters turn out to be real? One summer night while camping in the woods, Morgan Carter finds out in a big way. A tall mysterious stranger, Greyson Crawford, risks his life to try and save her sister from the vicious wolf attacking their camp. When he’s bitten and disappears into the night, Morgan can only assume the worst.

Greyson shows up a year later, and he’s a different animal altogether. His eye color shifts constantly and the rumble in his throat sounds more animal than human. She hasn’t any idea where he’s been all this time, but a good guess as to what he’s become.
Grey is determined not to let the darkness of his new existence affect Morgan and the little girl in her care. He hasn’t been able to stop thinking about Morgan but knows he should stay away and let her live a normal life. That’s easier said than done, though. A new danger pulls him from the shadows to keep her safe, and he’s no wolf in sheep’s clothing.

Can she accept what lurks just below his surface? More importantly, can she survive him?

Tera Shanley writes in sub-genres that stretch from Paranormal Romance, to Historic Western Romance, to Apocalyptic (zombie) Romance. The common theme? She loves love. A self-proclaimed bookworm, she was raised in small town Texas and could often be found decorating a table at the local library. She currently lives in Dallas with her husband and two young children and when she isn’t busy running around after her family, she’s writing a new story or devouring a good book. Any spare time is dedicated to chocolate licking, rifle slinging, friend hugging, and the great outdoors. For more information about Tera and her work, visit http://www.terashanley.com.

Greyson’s muscles quivered under Morgan’s hand but it likely had nothing to do with the cool rain. He opened his eyes slowly and the brilliance of the golden color pooled there was almost too dazzling to look directly at. Like staring at the sun. No one would mistake those for human eyes.

If she’d had any doubt before about the brand of monster he’d become, those liquid amber eyes put them to rest. He pulled his hood back and the chin-length dark blond hair from her memory fell forward into his face. She moved a strand to the side. He’d lost weight in the past year. He hadn’t had an ounce to lose in the first place, but it looked as if he’d struggled to stay healthy. His eyebrows, just a shade darker than his hair, were furrowed but he let her drink him in. He was playing fair. For all she knew, he’d been watching her the entire year. It was her turn now.

His nose was straight and his jaw line masculine. From the brief moments she’d known him out in those woods, she’d seen how intoxicating he was. He’d been a fearless warrior bent on that murdering wolf’s destruction, no matter the cost. Here, in the dirty alley under the relentless clouds, with those glorious feral eyes and a snarl in his chest, Greyson Crawford was utterly consuming.

His shaky whisper tore at her. “I’m a monster.”

Comments Off on Are monsters real? Ask Tera Shanley 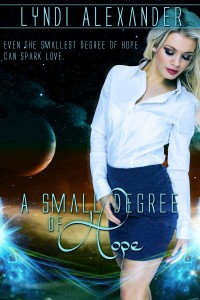 So excited that A SMALL DEGREE OF HOPE is back on the “shelves” as a Kensington product now– check it out!

“The author grabs you in the beginning of this amazing story and doesn’t let go. I loved it. I loved the characters; Kylie–she rocks, I’m in awe of her. She’s tough, not perfect, and totally loyal to her family (sort of) and job. Then of course Griff, so sweet and loving and sexy in both forms…” Up All Night, Read All Day Reviews…

Time to get your copy now! At Amazon for Nook